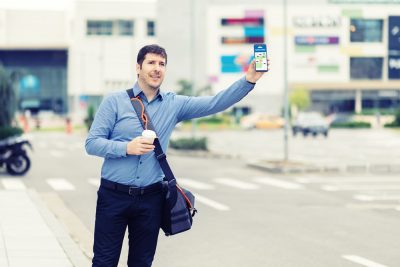 In September 2019, California passed legislation that could put the “gig economy” job market in question. What is “gig economy”? It is a labor market that is characterized by the prevalence of short-term contracts or freelance work, as opposed to permanent jobs. Often also referred to as a “side hustle,” though for some it is a primary source of income. The legislation will re-classify workers from an independent contractor to an employee, and require companies to offer minimum wage and benefits.

With the passage of this legislation, it put companies like Uber and Lyft at the forefront regarding their “employees”. Typically, Uber and Lyft have independent contractors driving you to and from your respective destination. The reason why these companies categorize their worker in this way is because it offers flexibility for the work force and has minimal costs to the company.

So what’s in the California “Gig Economy” bill?

The bill requires companies that want to treat a worker as an independent contractor to prove the following:

Also, under the bill, known as Assembly Bill 5, the drivers could be entitled to benefits that include a minimum hourly wage, and workers’ compensation. This bill could require Uber and Lyft employees to drive specific shifts, only drive in specific areas and only drive for a single company.

How do Uber and Lyft feel about this?

As you would suspect, Uber and Lyft are unhappy with this new bill. It could completely uproot everything the companies have worked hard for in the business of driving you to and from your destination. Analysts say both companies could be forced to introduce hourly schedules and a minimum wage for drivers in California. Drivers who work 40 hours or more—or the equivalent of full-time jobs—could be entitled to further benefits.

Both companies likely would offset the costs by raising prices, with analysts predicting as much as a 30% increase on average for riders. Raising fares could prevent consumers from using the platforms, and costs could multiply if other states enact similar rules. New York City is already considering similar legislation.

Both companies are still in talks with California to negotiate a deal regarding the bill. The hope is that Uber and Lyft will be exempt from the bill. However, both companies have committed to working on improving workers wages along with offering some additional benefits.

Stay up to date

As always, we will follow the situation and update you with the latest developments on the “Gig Economy” bill, and any other payroll/HR related news you need to know! Want to get the news even faster? Subscribe to our RSS feed; click the orange, RSS feed bottom in the top right corner of the blog.