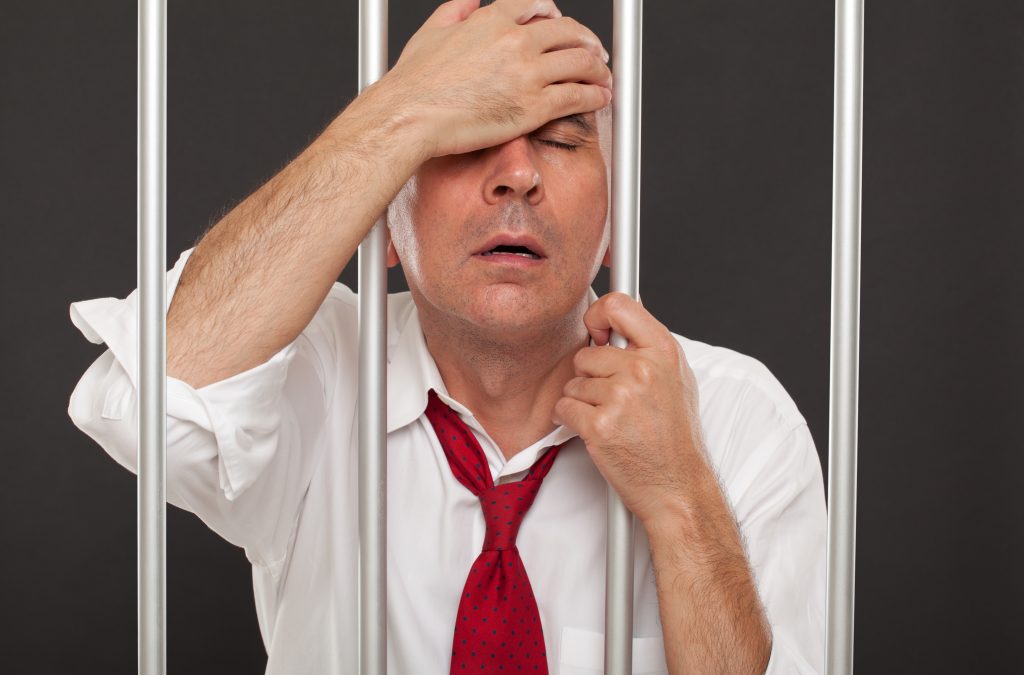 According to a 2012 Justice Department report, more than 100 million Americans have some kind of criminal record. Allowing for duplicate records across state lines and juvenile offenders, this means that somewhere between one-fourth and one-third of all American adults have a criminal record. To gain some perspective on these numbers, nearly half of African-American males and almost 40 percent of Caucasian males have an arrest record by the age of 23. The number of Americans with criminal records today is larger than the entire U.S population in 1900 (read the stats).

A young adult today is 36% more likely to have been arrested than their parents’ generation in the 1960s and ‘70s. Indeed, the number of people with criminal records today is roughly equivalent to the number that have college diplomas. Current surveys of former inmates suggest that anywhere from 60 to 75% remain jobless up to a year after release. Joblessness is one of the key indicators of recidivism, nearly half of inmates return to prison within three years. A fact that is not surprising in light of these high unemployment rates.

There are also significant racial impacts that result from these high rates of imprisonment. African-Americans now represent over 40% of the prison population. (Compared to about 13% of the population overall.) They are also significantly over-represented among inmates who reenter prison. In addition to this, other studies have shown that African-Americans pay a higher penalty for having a criminal record relative to otherwise similar Caucasians. Surveys have shown that prospective African-American employees with a criminal record will see their chances of a job offer reduced by 60%, compared to a 30% penalty, for prospective Caucasian employees with otherwise identical characteristics and background.

As a result of these disparate impacts and the huge numbers of people involved, there has been a growing backlash against the use of a positive result on a criminal background check as an immediate disqualifier from consideration for employment. The initial phases of this effort focused mainly on government agencies and public hiring practices. For example, the “Second Chance Coalition” in Minnesota succeeded in banning the (criminal record) box for public employee applicants in 2009. Seven states (Hawaii, California, Colorado, New Mexico, Minnesota, Massachusetts, and Connecticut) have changed their hiring practices in public employment to reduce discrimination based on arrest or conviction records. In some areas private employers are also voluntarily adopting “ban the box” hiring practices. Over 45 cities and counties, including some major cities as New York, Philadelphia, Atlanta, and Chicago, have removed the question regarding conviction history from their employment applications.

In many municipalities, the local government is the largest employer. Being under a blanket ban means that a significant portion of otherwise qualified potential employees are automatically excluded from consideration. There are, of course, exceptions for public job classifications that are particularly sensitive or that involve working with children or other vulnerable populations. Nevertheless, more and more city and state governments are requiring an increasingly nuanced and individualized approach to determining who might qualify for employment. Evidence indicates that the sweeping restrictions of the past had more to do with a fear of litigation than they did with actually employing individuals with a criminal record.

Public jobs tend to be better paying and offer greater protection and benefits than do many private sector employers. Hiring those with a “stale” criminal record (convictions more than five years in the past) might offer a leg up for struggling individuals, particularly those from racially or socially disadvantaged backgrounds. It is always a good practice to look at the individual case and not to make sweeping decisions based on prior criminal history. Public sector employment gives many of these individuals a chance to redeem themselves and a pathway to a middle class existence.

Integrity data strives to keep you informed of the ever changing world of Human Resources rules and regulations. For more information about what Integrity Data can do for you go to our website at www.integrity-data.com.