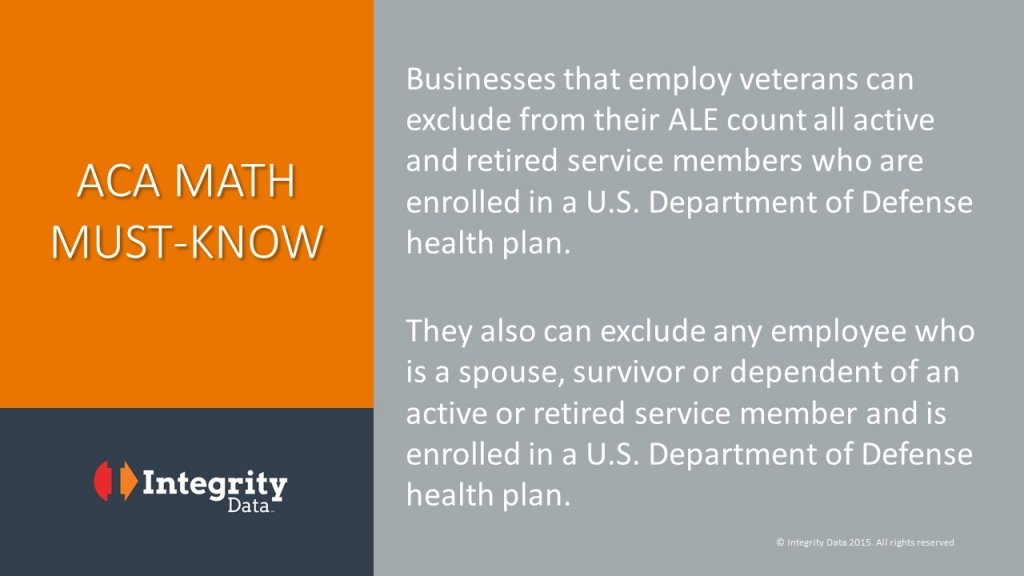 When counting heads to see whether a business is large enough to need to comply with the Affordable Care Act, a company has to start by looking at the service hours of every worker. But in the tally toward that all-important threshold for an Applicable Large Employer – 50 full-time employees, including equivalents – you can take some heads out of the ALE count:

Excluding these workers is permissible because of a law passed in July 2015 called the Surface Transportation and Veterans Health Care Choice Improvement Act of 2015. The provision in this law that amends the definition of an ALE traces to the Hire Our Heroes Act, a bill that U.S. Rep. Rodney Davis. (R-Ill.) introduced in 2013.

Time element for the ALE calculation

Employee head count is calculated for the workforce of the previous calendar year.

Differences that this ACA head-count exclusion can make

As is the case with other exclusions from the ALE head count, this exclusion can make a difference for businesses teetering on the 50 FTE threshold. 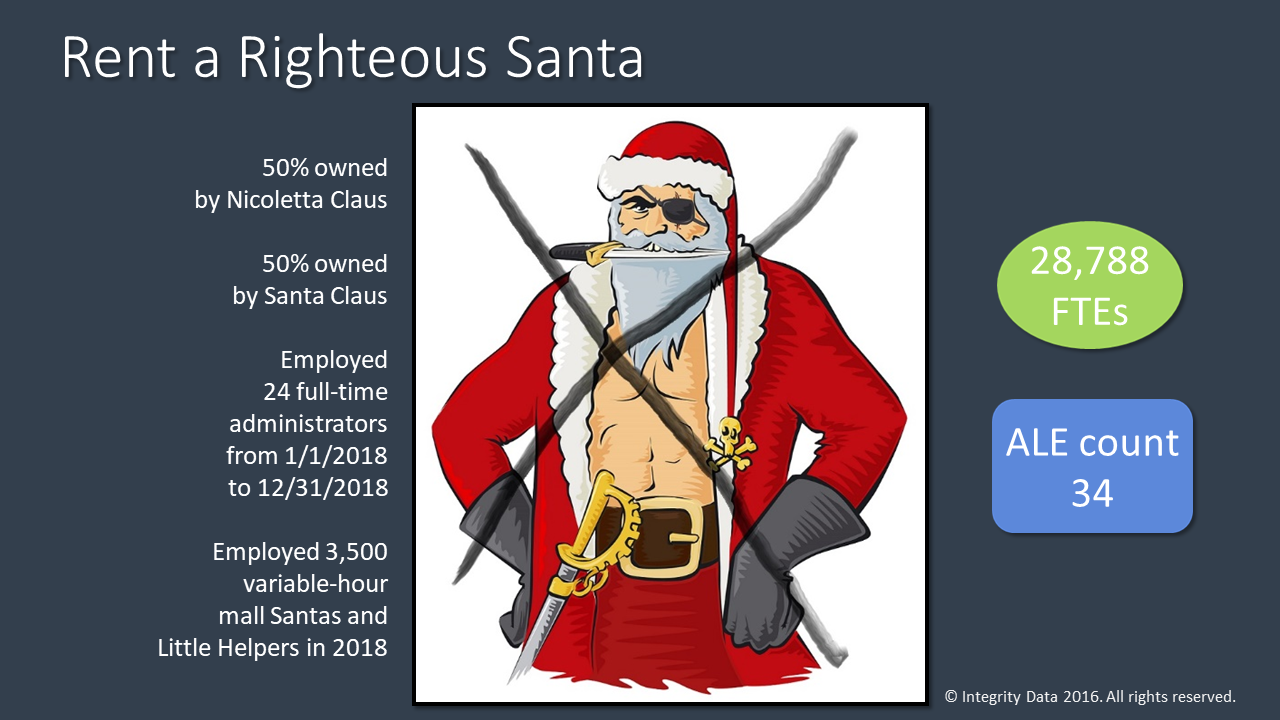 Excluding veterans from the ALE count can make a difference, – as shown in the whimsical example we give in our educational ACA for Santa video Confused about the Affordable Care Act and Whether Your Business Needs to Comply? Santa Is Trying to Figure This All Out, Too.

In this situation, the example centers on the effects of focused hiring for a Claus Resources company called Rent a Righteous Santa, a staffing firm that screens mall Santas and their Little Helpers.

We point out that Mrs. Claus, always concerned about Hollywood’s negative portrayal of a mall Santa, had directed Rent a Righteous Santa administrators to recruit veterans and their family members.