In a post last week, we told the story of how we learned that we were only the third U.S. organization to earn e-filing credentials in the new IRS system called AIR (Affordable Care Act Information Returns).

Because the pool of organizations testing in this new system is so big – insurers and employers in addition to every IT department and software company that wants to e-file IRS forms on behalf of an insurer or employer – we were pretty proud to hear this news.

This week, we’re even prouder.

After double-checking all our Accepted records with the IRS, we learned that we also own one of the first two spots. Yes, our ace ACA team had also transmitted error-free tests under Sypnio Software, the ACA reporting startup that Integrity Data acquired in June. 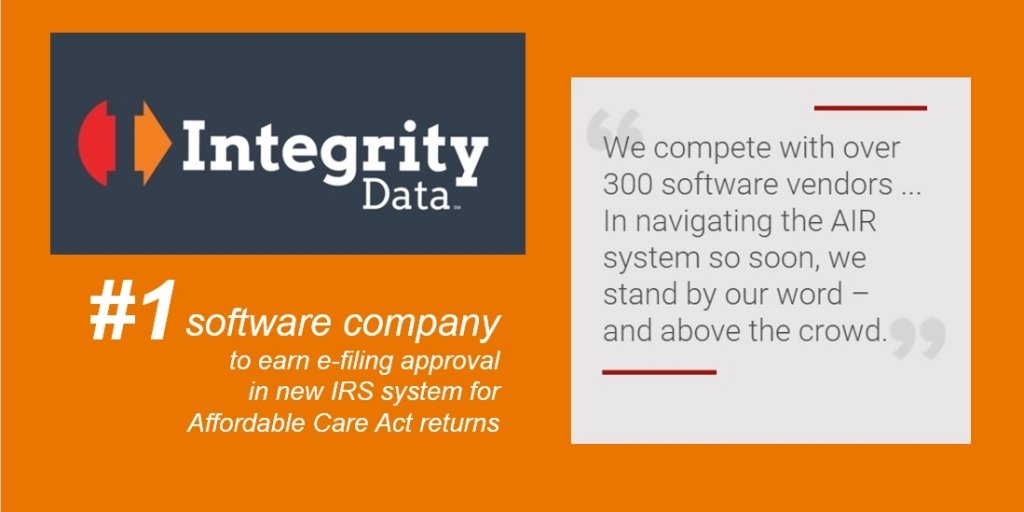 The remaining spot among the first three was earned by an insurance company.

The tests for employer forms are by far the tougher ones.

In this press release, read the full story of our e-filing achievement in an increasingly competitive market.

To learn more about the well-crafted ACA reporting software from the first software company to pass the e-filing tests for Affordable Care Act returns: