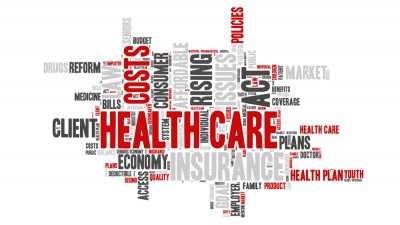 The 2017-2018 healthcare battle has been a confusing time for employers— particularly when it comes to the Affordable Care Act (ACA). Although many people thought Congress would “repeal and replace” the ACA in 2017, it didn’t happen. Instead, employers have been left scrambling to understand what changes have been made to reshape existing ACA law, especially as it pertains to them.

To help your company cope with the changes and the current state of the ACA, here’s a timeline of what has occurred and what it means for U.S. employers.

An executive order from newly-inaugurated President Donald Trump instructs U.S. agencies to “exercise all authority and discretion available to them to waive, defer, grant exemptions from, or delay the implementation of any provision or requirement of the Act that would impose a fiscal burden.” As a result, the Department of Health and Human Services (DHHS) removes ACA health care sign up information from healthcare.gov which affects the individual buyer, not the employer.

The IRS announces that it will no longer reject tax returns that don’t indicate whether someone has health insurance. President Trump announces new rules that will make it more difficult to acquire insurance outside the 2018 enrollment period, and the insurance industry expresses support for the rules. Again, this affects the individual buyer, not the employer.

The repeal-and-replace bill, formally called the American Health Care Act (AHCA), is introduced by House Republicans and every state receives a letter from the DHHS instructing them on new measures to “alleviate the burdens” of the ACA. Although government experts predict that the ACA changes will leave 24 million people without insurance within 10 years, new enrollments remain strong. Still no change for employers.

April 2017: Shifting Tides in the House

As Republicans attempt to get enough votes in the House to advance the repeal-and-replace bill, it becomes clear they don’t have sufficient support to pass it. In an effort to sway Democrats to negotiate, President Trump threatens to end subsidies that were helping low-income citizens. Again, no impact on employers.

Although the House passes the AHCA, it becomes clear that it has little support in the Senate to move forward. Still, the White House holds a victory celebration and President Trump declares Obama-era care health care law “essentially dead.”

Uncertainty about the fate of the ACA and AHCA causes major insurers to pull out of some individual markets. Anthem, Aetna, Blue Cross and Blue Shield, Humana, and Wellmark end coverage in certain states.

Senate leaders propose a bill called the Better Care Reconciliation Act (BCRA) that would repeal funding for the ACA. Government estimates show that 22 million Americans would lose coverage, but premiums would be lower in the long run due to reductions in services.

After returning to the Senate from brain surgery, John McCain casts a decisive vote to take up a revised version of the BCRA, called BCRA 2.0. It quickly becomes clear, however, that there are not enough votes. Supporters of the bill try to push a last-ditch “skinny repeal,” or partial repeal, of previous health care law.

In what many considered a surprise move, McCain gives the deciding vote that ends the effort. In response, President Trump threatens to end certain Obama-era health care funding.

As major insurers continue to pull out of markets and reduce competition, some Democrat and Republican leaders attempt to come together to create a bipartisan plan to stabilize the market.

Meanwhile the DHHS cuts advertising by almost 90% and announces that it will no longer work with local groups to do new health care enrollments.

Senate supporters of repeal-and-replace efforts announce that they won’t reach the votes needed. At the state and local level, there is widespread confusion about enrollments, waivers, and “reinsurance” reimbursement programs that could help states manage health care costs.

President Trump signs an executive order making it easier to buy insurance that doesn’t meet ACA standards and cuts off certain cost-sharing payments to insurers, which he called “unlawful bailouts for the insurance industry.” This again affects individual buyers, not employers. This executive order does not impact the employer mandate.