Affordable Care Act (ACA) Repeal and Replace Efforts – Where are we at? What are Employers to do? 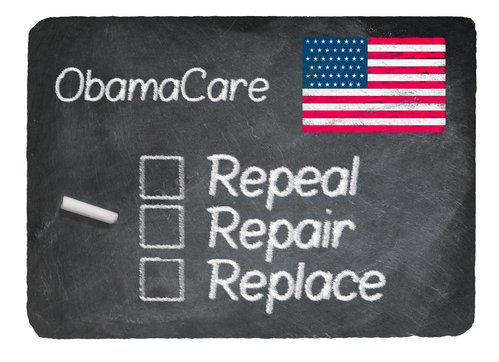 April 27, 2017 – Efforts to repeal and replace the Affordable Care Act (ACA) – also known as Obamacare – have created quite a few shake-ups and discussions in 2017, culminating in the first “real” replacement legislation, named the American Health Care Act (AHCA), being pulled after Republicans were unable to agree on the details. So, for now, we all remain exactly where we have been—under obligation to remain compliant with the ACA legislation still in place.

Where are we at?

Over these first few months of 2017, politicians and political experts have indicated the quest to repeal and replace the ACA is more complicated than expected. President Trump’s executive order to alleviate burdens created by the ACA did not include employers. The proposed AHCA didn’t receive enough support and even though there is talk about reviving a modified version for a vote soon, this will not be an easy process and success is far from certain. The new administration is dealing with other important issues facing our country today and in the meantime, politicians may consider other options for the ACA.

As suggested in “Is the fight to repeal and replace the Affordable Care Act dead?,” posted by Lauren Carroll and Louis Jacobson on PolitiFact.com, instead of repealing the ACA altogether, a bipartisan group of Democrats and Republicans could address certain issues and make tweaks to parts of the law. Fixing parts of the law may be more likely than a major repeal and replace effort. However, the ACA has become