Senate Fails in Efforts to Repeal the Affordable Care Act 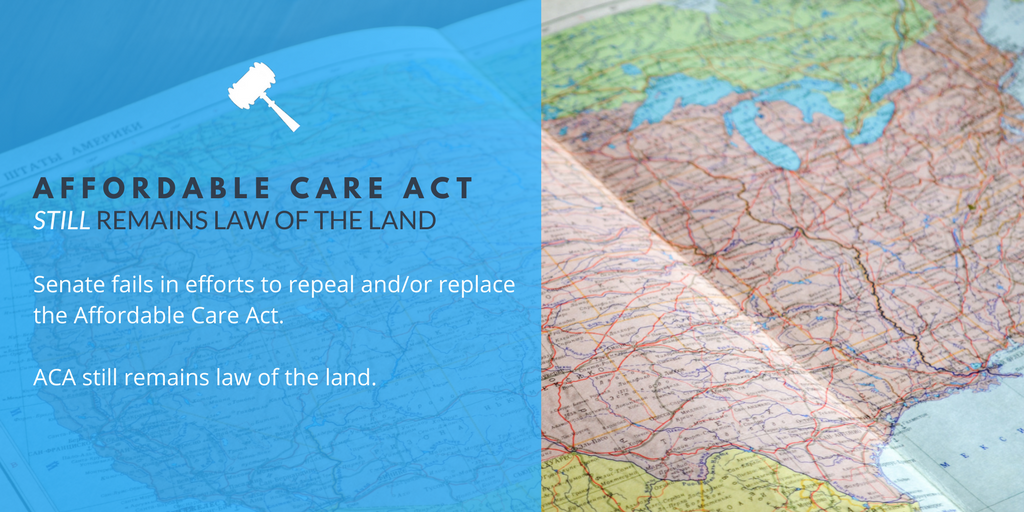 The flurry of activity this week in the Senate around a last ditch effort by the Republicans to repeal and/or replace the Affordable Care Act, ended early this Friday morning with the final nail in the coffin being the failure of getting the latest “skinny repeal” bill through the Senate. The bill failed by a slim 49-51 margin.

Following a procedural vote on Monday to open debate on healthcare reform, the Senate voted on three separate measures to repeal the ACA. The first was an outright repeal of the ACA. This vote would have required the traditional 60 votes in order to pass. It only received 43. Next up on the docket was a vote to repeal and “delay.” This would have eliminated the penalties for individuals that did not obtain health insurance and for employers that didn’t offer compliant coverage to their employee