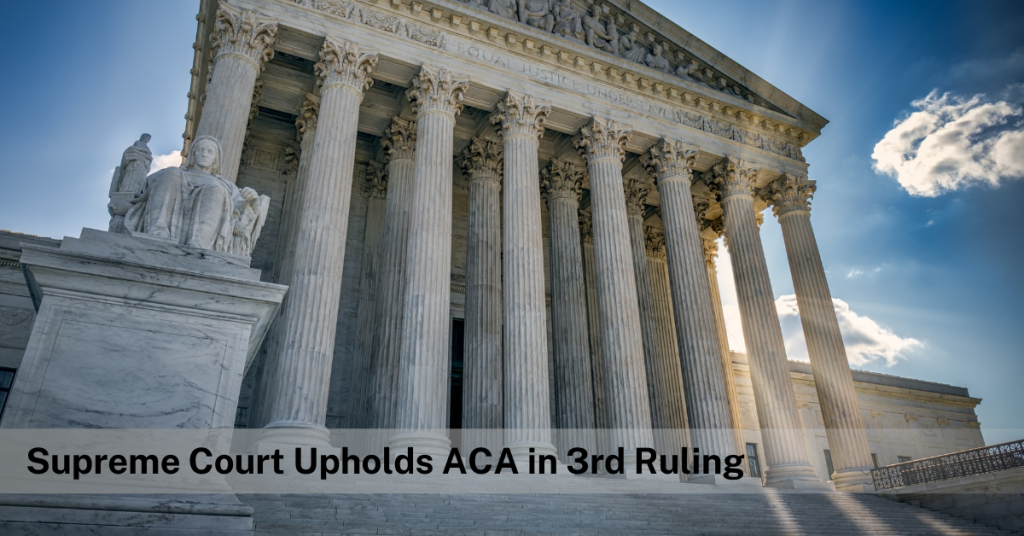 On a 7-2 ruling, the Affordable Care Act was upheld for the third time by the Supreme Court. 18 states were challenging the constitutionality of the Act saying that the 2017 change to the law to take away the penalty for not having health insurance made it unconstitutional. However, the court said the challengers did not have legal standing to sue because they did not make a strong enough showing that the law harmed them. Justice Stephen Breyer wrote this for the majority opinion: