Think you’re behind in ACA reporting? You’re not alone 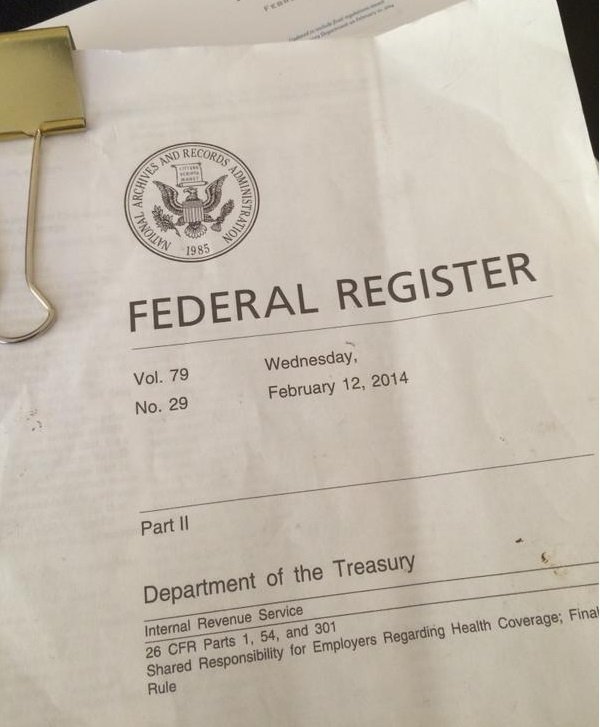 We printed the ACA pay-or-play regulations the very day they were published: February 12, 2014. By that time, we already were students of the voluminous detail in the Affordable Care Act’s employer mandate. Our software had been in beta testing for more than a year. Its first commercial installation was just two weeks afterward.

It was two years ago this month – in February 2014 – that the IRS released tax-code regulations for the Affordable Care Act provisions known as “the ACA pay-or-play rules” for U.S. employers.

For those of us who had been following the drawn-out implementation of this part of a then-4-year-old law, getting to some of the fine print for its employer-compliance requirements presented a light-bulb moment: When those employers to whom the ACA applied finally could see the scope of detail required for ACA compliance, they would pay close attention to the regulations intensifying workplace reporting.

With so much to do at an unprecedented depth, the planning for compliance strategies, we thought, would surely become top-of-mind for ACA-affected employers.

Answering the question of whether to play by offering health insurance or to pay the penalty for offering no coverage rested – and still does rest, in part, on framing payroll and benefits data for a read on ACA penalty-risk management.

And, yes, some employers were proactive about ACA compliance back in February 2014. In fact, the first commercial installation of our ACA tracking and reporting engine was done two years ago this week.

other ACA-affected businesses were not as attentive to Affordable Care Act compliance back in early 2014.

And now, two years later – amid the first production and filing season for ACA returns, that disconnect persists.

How did ACA compliance to-dos get so tuned out?

On the same day in 2014 that the ACA pay-or-play regulations were released, U.S. businesses got the second of two breaks on when the penalty-assessment period would begin for noncompliance with the ACA employer mandate.

As you recall, the per