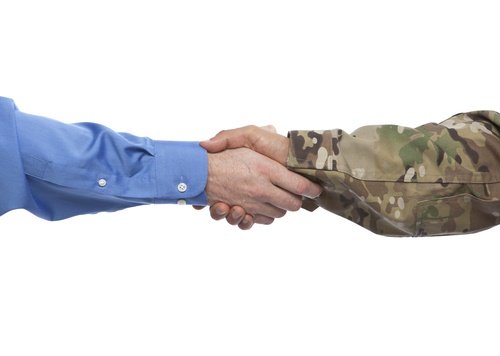 Since 1919, the number 11 has been at the center of awareness of veterans in the United States. Remembering that on the 11th hour of the 11th day of the 11th month of 1918, the Allies and Germany signed the armistice that ended fighting in World War I. Therefore, Americans honor all veterans of military service every November 11.

This Veterans Day, for U.S. business owners building their awareness of what compliance with the Affordable Care Act (ACA) means, two other numbers surface with respect to veterans: 50 and 100.

These numbers mark thresholds in the ACA employer mandate. Both have to do with what in ACA compliance lingo is called “determining ALE status.” ALE stands for Applicable Large Employer.

The law that brought about these exemptions is the Surface Transportation and Veterans Health Care Choice Improvement Act of 2015. The provision in this law that applies to ALE determination traces to the Hire Our Heroes Act, a bill that U.S. Rep. Rodney Davis. (R-Ill.) introduced in 2013.

“Our economy is still struggling to recover and Obamacare is listed by many small businesses as the number one reason they’re holding off hiring additional employees. By making this commonsense change to Obamacare, we will encourage businesses to hire more of our nation’s veterans,” Davis said, using the common name for the health law, in a statement on July 29, 2015.

For employers teetering on the 50 ALE threshold, the ability to exempt already-covered veterans and their family members may put their ACA-defined employee count to 49 or fewer and thereby eliminate their requirement to meet all rules under the ACA employer mandate.

For employers teetering on the 100 ALE threshold, the ability to exempt already-covered veterans and their family members may put their ACA-defined employee count to 99 or fewer, and thereby exempt them from the two non-compliance penalties related to coverage.

The Department of Defense coverage under which employers can make the employee-count exclusions are plans through the Veterans Administration and TRICARE, the health care program for uniformed service members (active, National Guard/Reserves, retired).

The ability for veterans to seek medical care through the VA system has been a cherished benefit for decades. According to the Veterans Administration, access to this benefit is generally granted to individuals who served in active military service and were separated under any condition other than dishonorable. Current and former members of the Reserves and National Guard who were called to active duty by a federal order and completed the full period for which they were called or ordered to active duty may also be eligible for VA health benefits.

An important note about the exclusions for veterans:

To learn about what the IRS requires for employer compliance with the Affordable Care Act, review the IRS’s ALE Info Center.

To learn about how